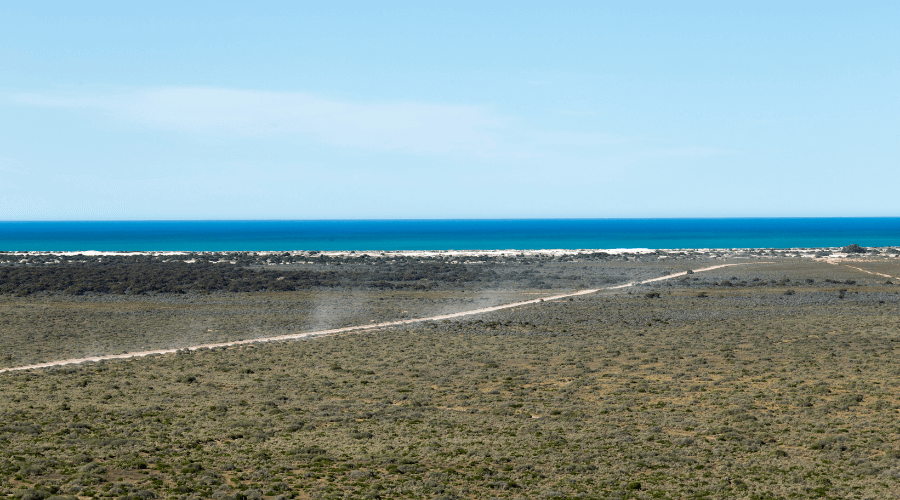 Your Ultimate Guide To The Nullarbor

Driving the southern edge of Australia is a classic road trip to some and a great new adventure to all Big Lappers. The Nullarbor is the longest straight stretch of road in the world that you can even see from space! To get the idea of where you’ll be driving through, Nullarbor means no tree in Latin. Despite the outlook and unpopular reputation, the Nullabor is an experience you can’t afford to miss. There are so many gems, just a slight detour of the main path. This road connects the goldfields of Western Australia and the Eyre Peninsula, going through magnificent limestone creations, oceanside cliffs, and a surprisingly vibrant community. Golf fans have probably heard of the largest golf course, the Nullarbor Links that stretches through the whole Nullarbor Plains. Need a heads up of what you shouldn’t miss? You got your own ultimate road trip guide down below!

Read Next: 7 Incredible Eyre Peninsula Experiences To Have On Your Big Lap

Norseman is an 8-hour drive from Perth and the gateway to Nullarbor Road for those starting from West Australia. Once in town, hit up the Norseman Visitors Centre for all the must-sees, like the Bromus Dam or Dundas Rocks and Lone Grave areas. The Dundas area was the starting point on the quest for gold and the longest operating gold mine in West Australia. To seal it all in, take a walk to the Beacon Hill lookout for a splendid panoramic view. Norseman is the last major town in Western Australia, with a population of merely 600 people. A one hour drive from here will take you to Fraser Range.

Vast granite hills encircle Fraser, with Mt Pleasant being the highest one at 579 metres. Here you’ll find the world’s largest Eucalyptus Hardwood Forest made out of blackbutt, salmon gum, and gimlet trees, rising 20 to 30 metres upwards. They’re home to incredible birdlife. The historic Fraser Range Station was the first station settled on the Nullarbor Road and is located right among the hills. The station’s grounds once served as a shearing centre for shepherds. For the adventurous, there are plenty of 4WD tracks and bush walks. If you’re keen on new flavours, try the Damara sheep meat! Get back on the road, and in just 115km, you’ll reach Balladonia.

Balladonia in Aboriginal means “big rock by itself”, and it’s an accurate description of the area. It’s a small roadhouse community settled next to the Balladonia Rocks. Take a 14km detour and visit the Afghan Rock, the place with freshwater dams that served as refreshment for the early Afghan camel drivers. Balladonia hit the first pages worldwide in 1979 when the Skylab space station passed over it and left traces of debris. Don’t miss the opportunity to see the leftovers and newspaper articles at the free Balladonia Cultural Heritage Museum. This is also the beginning of the longest straight road in the world, the 90 miles straight. Get a picture with the sign and get back on the road to Caiguna.

If you got on the road with a 4WD, Caiguna would be your favourite part. Stop by the Caiguna Blowhole to feel the cool air blowing out of it in the middle of the driest parts of Australia. Take a detour to Nuytsland Nature Reserve; the region’s prime attraction that encompasses both the pristine beaches and the high Baxter Cliffs. Some parts require beach driving, so dare only if you’re an experienced 4WD driver. Take another detour off the main road to Australia’s first bird observatory, the Eyre Bird Observatory, established in 1977. You’ll see honeyeaters, silvereyes, brown falcons, cockatoos and even western pygmy possums. In less than 65km you’ll arrive at Cocklebiddy for a much-deserved rest.

Just 10km north of Eyre Highway, you’ll find the Cockabiddy Caves or famous as Nullarbor Caves. The world’s most extended cave diving penetration happened at the Cocklebiddy Cave in 1983. If you’re an experienced diver, you get the unique chance to dive under the Nullarbor Plains. Go 26km south, and you’ll reach Twilight Cove, the location of three major shipwrecks in the past due to the king waves typical for the region. Get on Eyre Highway for another 90km to Madura.

Free: Madura Pass Lookout or On Top Of The Ridge.

Madura was once picked as a location for breeding cavalry horses for the British Indian Army due to the free-flowing bore water. It’s surrounded by the Madura Shelf, 265,600 square kilometres of sedimentary rock containing geothermal gradients. Today, Madura and the surrounding area are part of Madura Station, used for grazing sheep. A short detour west of Madura takes you to the scenic lookout overviewing the Madura Pass across the Roe Plains. You may also find natural blowholes nearby. The area is still actively used for pastoral purposes.

Your next stop is almost 200km down the road at Eucla. Make a quick stop at Mundrabilla Roadhouse to see where Australia’s largest meteorite was found.

Before crossing to Border Village, stop at Eucla, a must-see spot on the Nullarbor Road. Witness how the Old Telegraph Station slowly gets consumed by the colossal dunes at the top of the Hampton Tableland. The Eucla National Park might seem dry, but it hides amazing wildflowers, the Wilson Bluff with spectacular views and the Delisser sandhills. You can find rare species of plants that exist only among the limestone cliff.
Walk to the abandoned pier, once used to ship supplies to pioneers, and spend a few moments relaxing on the beach. Border Village is on the other side of the border in South Australia.

Nullarbor National Park is not more than 50km away from Border Village off the Eyre Highway. This fascinating national park offers you the option to watch the Southern Right and Humpbacks whales from May to October. You can encounter wild camel herds, kangaroos, dingos and wombats. The views of the Bunda Cliffs are unspoken; it feels like you’ve reached the edge of the world. Be careful; the limestone crumbles easily, so don’t go too close to the edge. After you’ve taken in the views, settle down at some of the phenomenal campsites along the road.

Free: Best Of The Bight or Bunda Cliffs Camp.

A post shared by Sarah and Keelan Travels (@sarahkeelan.travels)

The Nullarbor Road ends at Ceduna, 450km from the Nullarbor National Park. Along the last stretch of the road, you’ll traverse through the Yalata Aboriginal Land and need permission if you plan on making detours off the highway. It’s worth stopping at Fowlers Bay for whale watching, spotting the sea lion colony or fishing off the jetty. Another stop is Penong, where you can surf or relax on Cactus Beach and see the centuries-old windmills. Ceduna is a small port town settled on the shores of Murat Bay. In Aboriginal language, ‘Ceduna’ means ‘a place to sit down and rest’, which you’ll probably need after finishing the Nullarbor Road.

15 Free Camps You Need To Know About in Margaret River

Karijini National Park – A Must See On...

Everything You Need To Know About Hiking Kalbarri...

Top 21 Stunning Wineries You Must Visit In...

Your Ultimate Guide To The Red Centre Way

Your Ultimate Guide To Driving The Stuart Highway...

Your Ultimate Guide To The Savannah Way