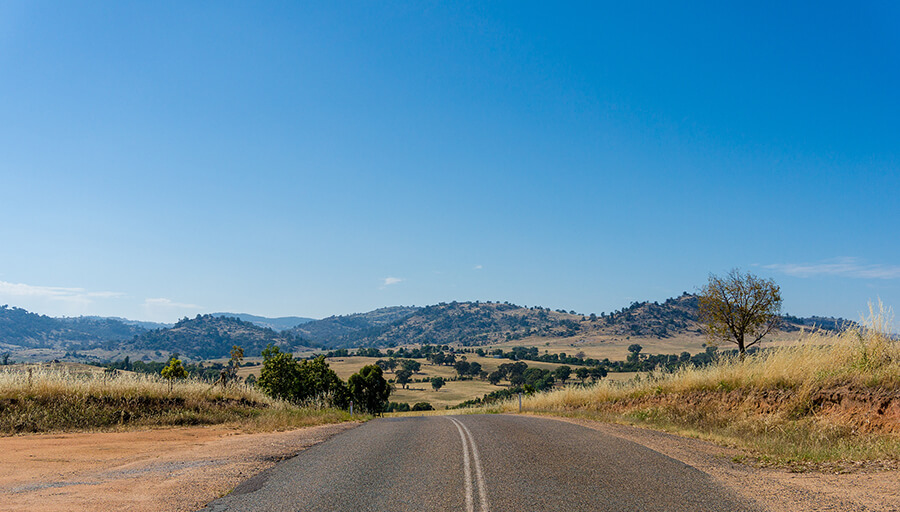 A huge part of the beauty of the Big Lap adventure lies in the roads you’ll take – it is Australia’s most epic road trip after all! Some are bumpy, some are smooth, but all end up taking you to magnificent places. The Big Lap teaches us not to focus on the destination but enjoy the ride too. So we’ve selected a few remarkable roads that will have you entertained, inspired, and in complete awe!

Grand Pacific Drive is a 140km scenic ocean drive passing by several small towns that serve as notable breakpoints. Although it’s shorter than most of that ‘epic’ roads you’ll take on your Big Lap road trip, it’s filled with unforgettable highlights and breathtaking views. It serves as a great starting point if you happen to live near Sydney, and takes you all the way to Jervis Bay.

Grand Pacific Drive starts at Royal National Park, less than an hour south of Sydney and takes you to the Bald Hill Lookout, a great scene and popular paragliding place. The drive continues on the Sea Cliff Bridge – a 665m bridge that hangs over the sea, certainly one of the most impressive views on your road trip.

If driving through a rainforest is on your bucket list, the Grand Pacific Drive will help you fulfill it by taking you through the Minnamurra Rainforest. This road allows you to stop for a break in some of the most picturesque coastal cities like Wollongong, Shellharbour, Kiama, or Shoalhaven.

Great Ocean Road is a great starting point for those who decide on taking off from Melbourne. An hour away from the garden city, this road is 250km long, stretching from Torquay to Warrnambool. One of the highlights of this road that attracts thousands of tourists daily is the 12 apostles – 12 massive limestone structures that rise 45m above the ocean.

Although this road seems short, don’t underestimate it; it’s still absolutely road trip worthy. There are plenty of notable highlights along the best drive on the planet. Just to mention a few: Loch Ard Gorge, Port Campbell National Park, Apollo Bay, The Arch, and The Triplet Falls are just a fraction of the places where this road will take you!

Read Next: Your Ultimate Guide To The Great Ocean Road

The Savannah Way is an adventurous 3,700km route across northern Australia, from Cairns to Broome as part of your Aussie road trip. Along the way, you’ll get acquainted with the tropical savannahs of the north, drive through sealed and unsealed roads, and stop at some jaw-dropping places.

It’s easy to get deep into exploring this route. With 5 World Heritage sites, 15 national parks, waterfalls, plenty of wildlife, and hot springs surrounded by palm trees, you won’t be short on adventurous sites!

Experience the Victorian Alps by taking the Great Alpine Road. Starting at Wangaratta in the north to Bairnsdale in the east, this road is 308km long and quite the opposite of the Savannah Way.

If you long to get a glimpse of what a European winter looks like, this is the spot to go during the cooler months. Or opt to visit in spring and enjoy some horseback riding, explore the local vineyards and breathe the fresh mountain air.

Don’t forget to pack your wheel chains if you plan on driving this road during winter – snow and ice are very common!

If you’ve ever heard anyone saying they’re crossing the Nullabor (with the exception of the movie Australia, of course!), they’re actually driving the Eyre Highway. This road is known as the longest straight road in Australia and will take you from Perth to Adelaide by passing through the Eyre Peninsula’s top.

Ever feel like driving around to clear your mind? Well, the first part of this road can offer you a straight drive into the middle of nowhere.

Roughly 1,664km long, this highway offers some astonishing landscapes, wildlife in their natural habitat, and excellent seafood stops in the second part. Don’t miss out on exploring the Eyre Peninsula, and dive into the crystal blue water!

Take the 1,135km loop around the heart of the Northern Territory, starts at Alice Springs, passes through Glen Helen, Kings Canyon, Kata Tjuta, Uluru, and comes all the way back to the start.

It’s a one of a kind journey to take through the red desert sand, come close to the massive sandstone monolith that is Uluru, and dive in the various waterholes. Explore the national parks, deserts, canyons, and cave pools – there’s so much to discover!

Buckle up for the greatest 4WD adventure on your Big Lap – The Gibb River Road! Located in the heart of the Kimberley, this gravel road is 660km long, stretching from Derby to Wyndham.

The Gibb River Road is an instant adrenaline spike and a challenge for the not as experienced drivers. Due to the road’s state, the days required to pass it are somewhere between a week and a half. Stoping to take a dip in the waterfall-supplied rock pools is a must.

While drifting on the water with your 4WD is a memorable adventure – beware, you’re near the crocodiles’ natural habitat!

Continue your 4WD adventure on Fraser Island, hitting the iconic coastal drive – the 75-mile highway. Rated as one of the world’s best coastal drives, this road is a sandy adventure for the bold.

Enjoy the sea view and salty air while cruising at 80km per hour on the sand along the coastline of the world’s largest sand island. Make sure to check the right time when to pass through the 75-mile highway since you must avoid high tide.

The sand is unpredictable; there could be some bumps and dunes, so take caution while driving and respect the speed limit. Although the ocean is pretty close, swimming isn’t considered safe, so it’s best to avoid it.

Fraser Island is home to some epic swimming spots including Eli Creek, Lake Wabby and the Champagne Pools and magnificent rainforest, so schedule some on-foot exploring time!

The Coral Coast highway is 1,250km long, starting at Perth all the way to Exmouth. It’s an impressive picturesque drive through the Pinnacles Desert and World Heritage sites that are Shark Bay and the Ningaloo Reef.

Park your camper at some of the campsites and admire the plethora of wildlife, flora, crystal waters, and rugged coastlines from dusk till dawn. Try to travel this road in spring or fall- the summers can be dangerously hot and unpleasant in the desert!

The Great Eastern Drive follows Tasmania’s east coast, starting at Orford and ending at St Helen’s. The ride is 176km long and takes you through some of Tasmania’s most remarkable sites, like the Bay of Fires and Freycinet National Park.

Call it a day and hit some of the pristine beaches along the road, spend untracked time in the turquoise waters, visit some of the vineyards, or take a detour exploring nature.

The road is sealed and can be done in a day but what will keep you longer in this part of Tasmania is that it’s full of places and things to explore. The marine life and the delicious local produce are just a portion of East Tasmania’s treasures.

So, which road are you most excited to drive on your epic Australian road trip? Let us know in the comments!

Your Ultimate Guide To The Red Centre Way

Your Ultimate Guide To Driving The Stuart Highway...

Your Ultimate Guide To The Savannah Way

Your Ultimate Guide To The Nullarbor

Your Ultimate Guide To Overlanders Way

18 Of The Best Walks In Australia That...

Everything You Need To Know About Free Camping...