Top Posts
70 Of The Most Popular Essentials For Your...
Top 20 Camping Chairs For Your Big Lap
The Best Reverse Cameras For Your Caravan
Our Top Tips For Feeding A Large Family...
Why Lockdown Is The Perfect Time To Plan...
22 Awesome Gift Ideas For Camping Loving Dads
Your Guide To The BEST Generators For Free...
9 Fantastic Places To Find All Your Camping...
How To Decide When To Go On Your...
8 Essential Items You Must Have In Your... 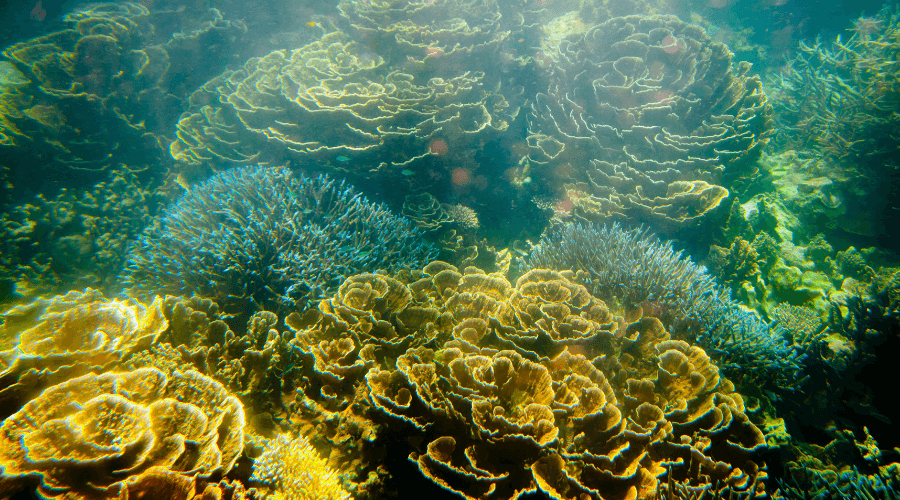 Places To SeeThings To DoWA

It was possibly one of the most memorable experiences of my life. A swim with the Whale Sharks on the Ningaloo Reef was a bucket list item for me since we embarked on our Big Lap.

We arrived at the North-Western Australian town of Exmouth after being told not to miss this place. Geographically, it is located 1270 kilometres from Perth on the North West Cape and is the gateway to the Ningaloo Reef.

Related: 6 Incredible Australia’s Coral Coast Experiences To Have On Your Big Lap

Where We Stayed in Exmouth

Initially, we checked into the Caravan Park in town. However, after a few days, we moved camp to the Yardie Homestead Caravan Park. This fantastic caravan park was formerly a working sheep station with the remnants of shearing sheds and shearer’s quarters. It is located 32 kilometres outside of the town of Exmouth and is accessible to the beach, Cape Range National Park and Ningaloo Reef.

The great thing about this caravan park was that it’s pet friendly. We were able to get dogsitters to look after our dog whilst we explored the National Park and took a couple of snorkelling trips out on a boat to the reef.

Related: 17 Free Camps You Need To Know About On The Coral Coast

We discovered that the Ningaloo Reef is pretty extensive. This World Heritage-listed reef begins at Amherst Point south of Coral Bay, extending 260 kilometres to Bundegi Reef near Exmouth. It reaches 20 kilometres seaward, encompassing a massive 5,000 square kilometres of the Indian Ocean with 500 species of tropical fish and 220 species of coral. Words cannot describe how incredible it is!

Additionally, the Ningaloo Reef is one of the world’s major breeding areas for sea turtles and the feeding ground for the giant whale sharks during the months between April and June. Is it any wonder that this area has gained a reputation as one of the earth’s last ocean paradises?

Swimming With The Whale Sharks

The experience of swimming with the mighty giants of the ocean, the whale sharks, is an experience that will always stand out in my mind. It was simply awe-inspiring!

There is a selection of cruise boat operators in both Coral Bay and Exmouth that host Whale Shark swimming adventures daily during the season. Our cruise of choice was Ningaloo Whale Sharks. We soon discovered this colourful boar stood out from the rest, because of its uniquely painted whale shark patterned boat.

We were picked up early in the morning by a minibus from our caravan park and driven out to the boat ramp where the cruise boat departed from. We boarded the boat and cruised out into the ocean beyond the shallow reef, where we were briefed about the adventure that was just about to unfold and fitted with wet suits.

Spotter planes circled overhead above the boat searching for whale sharks in the water. They are apparently easy to spot from above because they feed on the surface of the water. Once one was spotted it was full speed ahead to the location.

Initially, when we plunged into the water to swim with our first whale shark, I was very apprehensive and a little afraid. Upon seeing the massive creature swim towards me I panicked and started to swim away as far as I could, worrying about retaining the 3-metre proximity. Once we divided into two groups of five on either side of the beast, we swam serenely beside it and started noticing the majesty of its appearance and unique spotted pattern.

Every year from April through to July, following the mass spawning of coral, the whale sharks congregate in the Ningaloo Marine Park to feed on zooplankton.

They are the world’s largest fish and can reach up to 18 metres in length fully grown. But more commonly, they are between 4 and 12 metres long at the Ningaloo Reef. A 12-metre whale shark may weigh as much as 11 tonnes with a large mouth more than a metre wide. Extraordinary!

Every whale shark has its own unique pattern of spots on its body. They are non-aggressive and pose no threat to humans, apart from the fact that their huge tails can sometimes injure a diver if they get too close.

Reflecting On The Experience

It was an incredible experience to swim alongside these majestic creatures and view a myriad of other marine life such as turtles, dolphins, Minky whales, sharks, manta rays and coral reef fish.

It wasn’t only a day full of fun and adventure. But from an educational point of view, it provided a great insight into the marine life of the Ningaloo Marine Park and how scientists are integral to ongoing research and conservation of the area.

I felt privileged to swim with these magnificent giants and found it an exhilarating and truly memorable experience. Definitely, one to tell the grandkids about!

I can’t think of any other place that I have been to in this world that would compare to the natural beauty and biological diversity of the Ningaloo Reef. Its label as one of the last great ocean paradises resonated with me. I could not imagine a place more abundant with nature’s gifts. My advice to all would be to overcome your fear and just do it!

Kathy Marris lives on the Tweed Coast of Far North New South Wales and is a travel writer, blogger and big lapper. She completed the big lap around Australia in 2014 and continues to travel extensively throughout the country. Kathy’s biggest passion is photography and writing about all the brilliant places she has been to in Australia.

Why Lockdown Is The Perfect Time To Plan Your Big Lap