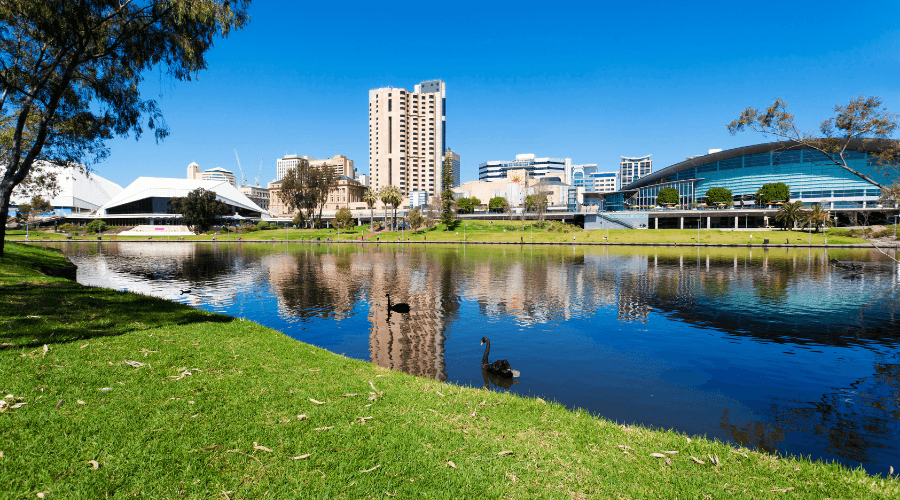 Top 16 Cultural Experiences To Have In South Australia

South Australia is the place to go if you want a cultural awakening. The vast choice of events and experiences attracts thousands of tourists and makes Big Lappers extend their stay. The capital, Adelaide, is known as the festival city for a reason. They used to have all the big festivals wrapped in one month, known as March Madness. Today the events are sparsed throughout the year, leaving you with things to do no matter what time of the year you arrive. The overwhelming choice might have you hopping from a museum to an event to a wine tasting! Here’s which cultural experiences you can’t afford to miss in South Australia.

The Barossa Vintage Festival is the perfect illustration of the local food, wine, culture and heritage. It draws hundreds of visitors, locals and tourists, each year. It’s an authentic portrayal of the Barossa way of life, with over 75 different ways to experience living like a local. From cultural experiences to artisanal cuisine and the traditional Barossa scarecrows- magical works of art done by the local creative community. It’s a five-day-long event with a phenomenal program each year.

Where: Barossa, 70km north-east of Adelaide.

Tasting Australia is the foodie’s heaven. This 10-day-long event is the longest-running food and wine festival in Australia. You get to witness the majestic skills of world-renowned chefs and taste their innovative recipes. The festival is not only about long lunches and exclusive dinners. You can go on farm tours, tastings or attend a masterclass. You can engage in conversations with the best ones in the industry, along with the home-grown professionals. Tasting Australia showcases locally sourced produce and wines.

The largest and greatest cabaret festival in the world is right here in South Australia. It is established in 2001 by Frank Ford and commences on the Queen’s birthday weekend each year. Being unique in its theme, Adelaide Cabaret Festival gathered over 48,000 visitors just the second year. Today it highlights the best local, national and international artists via a fusion of classic and contemporary cabaret performances.

Held annually over three weeks in spring, OzAsia Festival is Australia’s leading contemporary arts festival engaging with Asia. Each year it pushes the boundaries by introducing even more exciting, daring and talented performers. The rave reviews of festival attendants and critics draw more and more visitors each year. It offers you the best theatre, dance, music, visual arts, literature, film, food and cultural events from across Asia. But the program is not limited to Asian performers only. The past participants were from all over the world, including Denmark, India, Indonesia, Iran, Latvia, Syria, the US, the UK, and Australia.

When: October to November.

Read Next: Best Things To Do In South Australia (Free & Paid)

WOMADelaide celebrates the many forms of music, arts and dance. The WOMAD, an abbreviation for the World Of Music, Arts and Dance is established in 1982 by the Genesis frontman Peter Gabriel. It had a goal to showcase a broad international audience to talented artists from around the world. Today, it’s a four-night music festival that features global music icons alongside the country’s most popular musicians. Each year it gathers over 19,000 visitors per day from the country and overseas.

Adelaide Film Festival is a 12-day-long event that is featured as one of the 50 unmissable film festivals globally. It’s the boldest and most innovative event in South Australia that brings over 64,000 visitors, shows over 140 movies and supports local movie-makers. Just last year, there were over 20 premieres of South Australian projects. The prestigious Jury and the audience award the best screen storytellers. The importance of the Adelaide Film Festival is more significant than the 12-day-event. It redefines the industry by helping remarkable, visionary and vital Australian screen stories to reach the international audience.

The Royal Adelaide Show is an agricultural show and the longest-running event in South Australia. The event is established 182 years ago and is organized by the Royal Agricultural and Horticultural Society of South Australia ever since. It includes 63 competitive sections where participants take place with livestock, pets, arts, food, beverages, and displays of skill. Each year there are more than 30,00 entries and over half a million visitors. There’s also additional family entertainment, exhibitions, sideshows, rides, and show bags. It holds the title of the most visited event in South Australia.

Adelaide Fringe Festival is a unique, month-long event classified as an art festival. It doesn’t have one precise venue; it’s a non-profit open-access festival where anyone can register an event. It is established in 1960 and just last year sold over 800,000 tickets. It’s the perfect opportunity to see some of the most talented new performers near you. There’s no limit on the type of events – cabaret, theatre, comedy, circus, music, visual arts, workshops, children’s theatre… Adelaide Fringe has it all. No matter where in South Australia you are, for a whole month each summer, there can be a Fringe event nearby.

When: February to March.

Where: All over South Australia.

Read Next: Top 10 Free Things To Do In South Australia

Visiting the Art Gallery of South Australia is an uplifting cultural experience since it holds the finest art collections in Australia. It also provides an array of activities for all ages, including a fun art studio, restaurant and lovely garden. Alongside the permanent exhibitions, there are some different cool ones all the time. You can get an expert tour by the volunteering curators or walk among the displays on your own. You can easily spend a whole afternoon exploring the large gallery.

SALA is the South Australian Living Artist Festival of visual arts that is established in 1998. What started as a week dedicated to visual art grew into a month-long event with over 9,000 participants and over 600 different venues. SALA supports and promotes visual artists, gives them a platform and space to liaise with sponsors and partners. The main goal of the SALA Festival is to broaden the visual art’s audience by bringing the events closer to them, offering art tours to regional areas.

The Oakbank Easter Racing Festival is a horse-racing event happening on Easter Saturday and Sunday each year. Oakbank Racing Club holds the event annually and provides fun activities for the whole family. Locals camp adjacent to the Oakbank Racecourses and indulge in carnival rides, picnics, food and beverage stalls and other activities the entire weekend. More than 60,000 visit the two-day races. You can bring your own lunch set up by the vehicle and enjoy the race!

Read Next: 12 Top Events In South Australia You Can’t Miss

Don’t miss the chance to learn more about Australia’s migration history and the diverse cultures around you. The Migration Museum is in function since 1986 as the first museum dedicated to migration. You can read real-life stories about the history and culture of Aboriginal people before colonisation. The exhibition focuses on the history and impact of immigration from the nineteenth century onward. It’s an unforgettable, thought-provoking cultural experience.

Known only as Adelaide Festival, this event is a fusion of opera, theatre, dance, classical and contemporary music, cabaret, literature, visual art and new media. It features new and old talent, showcasing their art and skills. The 60-year old festival includes various events as Writer’s Week and the Adelaide Festival of Ideas. It spreads out over a couple of venues due to the different types of performances.

Feast Festival is one of the four major LGBTIQ+ Festivals in Australia. It started back in 1997, and after some financial difficulties, it’s back for good recently. It’s inheld annually and brings over 50,000 visitors and performers from all over the world. This festival is a safe platform for the LGBTIQ+ community to celebrate pride, diversity and express themselves through art and culture.

The Ebenezer Night Markets have a unique vibe that draws locals and tourists to the East End of Adelaide during summer. There’s very little you won’t find here – crafts, jewellery, plants, food, clothes, art and household items; you name it, Ebenezer has it! It’s a great opportunity to blend with the locals, buy regional and support South Australians. Live music, street performances, quirky stalls, it all adds to the fantastic experience.

When: On selected nights during summer.

A post shared by 🇦🇺 ADELAIDE BASED PHOTO/VIDEO (@south.australia.vibes)

Read Next: Every Free Camp You Need To Know About in South Australia

27 Unexpected Things You’ll Come Across Whilst Driving Around Australia

A New, More Affordable Way To Purchase A Caravan