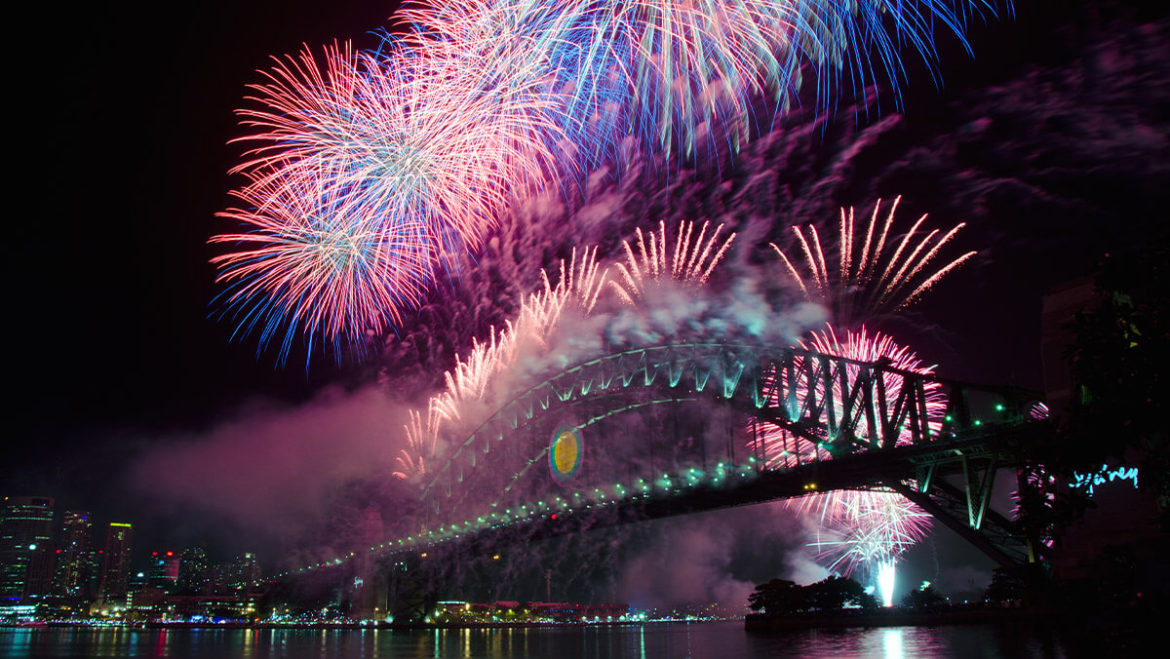 Top Events In NSW You Need To Check Out

When venturing into NSW on your Big Lap of Australia, it only makes sense that you see the best events and attractions. Well, luckily for you, we have collated our pick of the top 14 events in NSW that you have to check out. There is no other way to put it. From festivals to art exhibitions to yacht racing, these top events are some of the most spectacular things you’ll ever see. These are what memories are made of.

The Sydney Royal Easter Show is Australia’s largest annual ticketed event, attracting over 828,000 attendees on average, and for good reason too. This event is a celebration of Australian culture, with both rural and modern traditions/lifestyle represented in the abundance of stalls and exhibitions displayed here. First held in 1823, there is no doubt in our minds when we say you HAVE to go to the Sydney Royal Easter Show.

Even more reasons to go is the fact that the revenue generated allows the RAS to invest in agricultural programs, competitions, education, youth, and rural NSW.

There’s no question to it: you’ve got to get to Tamworth in January for the annual Tamworth Country Music Festival from Friday 15 January to Sunday 24 January 2021. It’s Australia’s largest music festival and one of the top 10 music festivals in the world.

There are over 700 performers and 2,800 shows across 120 different venues, with an endless variety of country music. For those of you who haven’t always had a taking to the music of the country, this festival will be sure to change your mind. Trust us – it’s that amazing.

The pinnacle of the event are The Toyota Golden Guitars – Country Music Awards of Australia, where country music fans and artists alike gather to see who will win the famous Golden Guitars. The Awards are held on the second Saturday of the festival at the Tamworth Regional Entertainment and Conference Centre (locally referred to as TRECC).

3. Sculpture By The Sea, Sydney

Sculpture by the Sea, Bondi is one of Sydney’s most popular events, with 500,000 visitors viewing over 100 sculptures by artists from around the world. Held since 1997, this public exhibition is completely free, allowing viewers to roam through the imagination of Sydney. This exhibition occurs for three weeks each spring, and is the largest annual sculpture exhibition in the world.

Due to the popularity of the original Bondi exhibition, a similar staging is created in Perth – Sculpture by the Sea, Cottesloe – in March each year. Staged since 2005, the Cottesloe exhibition features over 70 sculptures, drawing over 240,000 visitors each year. It is as much a part of Perth as the Bondi show is a part of Sydney.

Griffith comes alive for two weeks when the 70, larger than life, three-dimensional Citrus Sculptures arrive. The Citrus Sculptures line the main street of Griffith, creating a spectacular gateway to the city. The Sculptures are wacky and creative, ranging from a variety of objects and gimmicks, including a grand piano, a giant guitar, a chook, talking robot and a Cinderella-inspired carriage with horses.

The Sculptures are based on the famous lemon sculptures in Menton, France, and are created using 100,000 oranges – that’s a lot! The sculptures are the result of the hard work of over 700 volunteers, from schools, service clubs, community groups, and multi-national companies – it is a fabulous community event.

Even better, the Sculptures are free to visit and are lit up at night to create an marvelous experience. At the Griffith Spring Fest, the Sculptures are the show-stoppers – well, not literally. But you get what we mean. Also, you should visit the open gardens at the Garden Festival, the Multicultural Festival, join in the festivities at the Launch Party or book a seat on the garden tour bus – there is plenty going on in Griffith during Spring Fest.

On Saturday nights (6 & 13 July) the park will be packed with craft beer, mulled wine and gourmet eats. Entertainers will roam and keep you warm with humor, talent and test your sense of reality. Carnival rides are another great treat, moving you along through space and keeping your buttocks warm at this cold time of year.

Step into a realm of immersive experiences in the freedom of regional NSW.

Spring Jam. It’s like nothing Wagga Wagga has seen before.

For the first time ever, Spring Jam is coming to NSW this October. Spring Jam is a kid’s outdoor festival combining circus acts, adventure play, interactive fun, live music, safaris, treats and more. If you can imagine it, Spring Jam lets you create it and live it.

Don’t worry about the young ones or older ones – Spring Jam has all ages covered. Hands-on, inspiring activities for two to five-year-olds, and wild and wonderful experiences for six to 12-year-olds – we let the parents have a break!

So, gather the family and get ready for a jam packed spring day out in Wagga Wagga!  See you Saturday 6 October, Botanic Gardens, 10am – 4pm. Free entry (some attractions will be ticketed).

Everyone loves Elvis. And let us tell you, your blue suede shoes will be rocking over to the Parkes Elvis Festival once you hear about this wicked event. This festival is held every year in the second week in January, coinciding with Elvis Presley’s birthday. Now in its 28th year, the Festival continues to grow – with more than 250 events across five fabulous, fun-filled days.

The event is officially endorsed by the estate of Elvis Presley, Elvis Presley Enterprises Inc. in Memphis, so you can bet the Parkes Elvis Festival will be truly astounding. The festival hosts a number of live entertainment including the official Ultimate Elvis Tribute Artist Contest (the winner representing Australia in Memphis, USA). Other exciting events include concerts starring a special guest artist, Northparkes Mines street parade, renewal of vows ceremony, the Goodsell Machinery Miss Priscilla Dinner, and many free live concerts, competitions and prizes.

Multi-awarding winning (we’re talking one of the top three Festivals and Events in Australia), the Festival attracts more than 26,500 fans, both nationally and internationally. Well, of course it does! The Festival also has a global reach of more than 400 million, with exposure in the United States, the United Kingdom, and Asia.

Parkes has a population of 12,000 and is located 365 kilometres west of Sydney.

We bet you’ve never been to a Yacht race before. Well, now you can say you have, with the Rolex Sydney Hobart Race coming up this December. The race begins at 1 pm on 26 December, with more than 400,000 spectators gathering here to watch one of offshore racing’s most spectacular starts. Boxing Day is filled with so many surprises if you come to the Rolex Sydney Hobart Race, organized by the Cruising Yacht Club of Australia.

Make a day out of it! Watch the race, then celebrate over the wins and head over to local pubs and restaurants to make some more cherished memories. The salty breeze, the sun on your hair, the exhilaration of a competition – what more could you want?

The Blackmores Running Festival is something locals look forward to every year.

The festival is essentially a marathon, held each year in September for runners to compete. The event was first held in 1999 as a test event for the Sydney 2000 Olympic Games, as has continued every year since, as a legacy of the 2000 Summer Olympics.

If you’re not a runner, then come anyway – relish in the fun of Sydney harbour, sunbathing on the arcs of golden sand and dive into some outdoor socializing, exercising, flirting and fun.

Defined just as much by its rugged Pacific coastline as its exquisite harbor, Sydney relies on its coastal setting to replenish its reserves of charm; venture too far away from the water and the charm suddenly evaporates. Jump on a ferry and Sydney’s your oyster – the harbor pries the city’s two halves far enough apart to reveal an abundance of pearls.

You may have heard of the Royal Edinburgh Military Tattoo held annually in Scotland, but we bet you didn’t know there was one in Sydney, did you? The Tattoo has a proud history, stretching back for almost seven decades.

And no, it isn’t a bunch of military people tattooing each other in lines of tables (it’s okay, we thought the same thing at first) its a fine display of music and arts, performed by the military themselves.

Following the production of ‘Something About a Soldier’ in the Ross Bandstand in 1949, it was decided to create an event that ran alongside the existing Edinburgh Festivals. The official Tattoo was duly created with its first performance in 1950. You’ll need to buy tickets, but this one is truly spectacular – in every sense of the word.

PieFest is a celebration of all things ‘Pies’ and is the grand finale to a busy PieTime month-long campaign. The two-day festival includes a large range of pies, competitions, cooking demonstrations, entertainment and more.

Oh god, if you’re a pie-lover, this is practically pie-heaven, isn’t it? Well, we’re not judging. Embrace your pie adoration! Eat as much as you want – with tickets purchased of course – and the festival is open for all ages. Tickets available now, and kids 15 years and under are free!

What are you waiting for? Get those tickets before they run out!

If that hasn’t convinced you yet, we forgot to mention you can view all the winners, runners-up and entrants in the Best Pie Competition over the weekend, and taste all their pies. My mouth is watering already.

Foodies beware – you may never want to leave the Orange F.O.O.D Week festival.

Here are some highlights of the festival:

The festival is held during the peak of Autumn- the perfect time to delve into the towns’ bursts of flavour. At this time, the magnificent European trees scattered across Orange ablaze with colour. This place is otherworldly.

Creativity, innovation, and technology all come together in a burst of splendor at Vivid Sydney, a festival of Light, Music, and Ideas. Large-scale light installations and projections make the city feel alive, drawing together artists, music makers, and brilliant minds to share their creativity with you.

Not only are their brilliant light shows, but there are also free family events, cutting-edge music performances, and thought-provoking talks, workshops and conferences.

As winter is a traditionally quiet period for visitation in Sydney, the Vivid is crucial in stimulating the economy and driving visitors to Sydney. In 2019, Vivid Sydney attracted over 2 million visitors and contributed millions of dollars to the NSW economy. Go on. Come support the famous city.

With its 12th anniversary coming up in 2020, Vivid Sydney is the largest festival of its kind in the Southern Hemisphere and the largest event in Australia.

The Biennale is known for presenting innovative, thought-provoking art from Australia and around the globe. It is an amazing platform for local and renowned artists to display their work, and is truly a wondrous place to roam through.

The 22nd Biennale of Sydney: NIRIN, will be presented free to the public from mid-March to mid-June 2020 at the Art Gallery of NSW, Artspace, Campbelltown Arts Centre, Cockatoo Island, Museum of Contemporary Art Australia and the National Art School in Sydney.

Amazing art, presented in a gorgeous venue, with a superb atmosphere of contemplation emanating throughout – and its free, too?

We’ll see you there.

Top Things To Do In Victoria (Paid & Free)

20 Epic Waterfalls To See On Your Big...

8 Incredible Sydney Experiences To Have On Your...

7 Incredible Snowy Mountains Experiences To Have On...

7 Incredible Outback NSW Experiences To Have On...

7 Incredible Hunter Valley Experiences To Have On...

6 Incredible Country NSW Experiences To Have On...

6 Incredible Central Coast Experiences To Have On...

No images found!
Try some other hashtag or username

No images found!
Try some other hashtag or username
GET OUR BIG LAP PLANNING SERIES